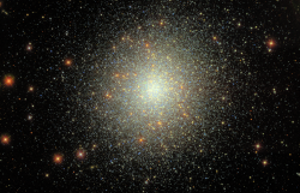 Mercury and its geology

Mercury is the Solar System's smallest rocky planet, but the only one other than Earth to generate it's own magnetic field.
It has a very large iron core, the outer part of which is fluid, overlain by a relatively thin silicate mantle & crust.
This is probably a result of much of the body's original crust & mantle having been stripped away in a collision. Despite this, the present crust is comparatively rich in volatile elements. These Lubricate tectonics (driven by global thermal contraction), & have enabled explosive volcanism to continue after the effusive volcanism that formed most of the crust waned. On-going, non-explosive, volatile loss is demonstrated by "moth-eaten" patches of ground called hollows.

Visitors are most welcome to attend. We charge just £5 (£4 Junior/Student guests) per meeting to help cover the cost of the room hire.

Filed under: by GAS Webmaster

Mercury and its geology
by
Prof. David Rothery